More information and/or sources of switching antidepressants and antipsychotics 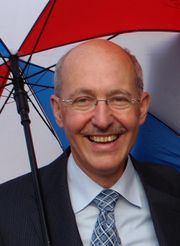 He is hospital pharmacist and head of the clinical pharmacy department at GGz Centraal in Amersfoort, The Netherlands. He also has pharmaceutical responsibility for a number of other Mental Health Institutions. He graduated as a pharmacist in 1979 and gained his specialisation `hospital pharmacist' in 1991. He has worked at university and community pharmacy. He is active in several organisations inside and outside the hospital, nationally and internationally. He is president of the Special Interest Group Psychiatry of the Dutch Association of Hospital Pharmacists (NVZA/KNMP). He initiated the ATC-drug-distribution robot, started an early audiovisual quality manual and is active in several E-projects like this one. One of his favourites is multidisciplinary cooperation and education. He actively participates in (inter)national conferences. Conflict of interests: no pharmaceutical companies nor financial interest is involved. Declared 2011.